Travel is a common passion, shared by most of the young population in my country today. If you ask anyone in the city to list their some of their passions, I am confident travel is going to be among them, probably up there in the top three.

I am no different – I always loved to travel, even as a little kid. But the revolution happened when I grew up and fell in love with independent travel – exploring more and less known places, simultaneously exploring my passion, photography – which also happened to become my job. And since I always loved cars and freedom to travel and stop wherever I want, choosing the means of travel was usually quite easy – a car. But more about that later.

We met with Janka years ago, when she was still studying management on university in Bratislava. I don’t even remember this, but she says I first carefully layed out my desire to travel around South America when we were just beginning our relationship. I mean – you could say it probably saying something like “Ï would like to travel around South America for a year, and photograph cultures and weddings in each country” to someone you basically just met isn’t the best idea, yet it’s what I’ve done, apparently. For the record, she flat out said: No. 🙂

Fortunately enough, I understood that no-one in their right mind would drop off in the middle of their university studies and just go travel with a stranger for a year, so I put that crazy idea somewhere far back in my head. Time has passed by, but I’ve never completely forgot about it, enjoying a few shorter car-trips around Europe. Meanwhile, I have started my career as a wedding photographer in Bratislava, offering photo shoots in Slovakia and worldwide.

Years after, Janka was quite burned out from her working full time job while still studying, and then continuing to work long hours in an office job without a single larger break in what had seemed like a lifetime. We were sitting in a bed, thinking about our futures, and I remembered the crazy plan – so I asked her again. This time, she thought about it and said: yes, why not.

“We either do it now, or the next opportunity might be 20-30 years from now, should we decide to have kids.”

We decided to seriously think about it for a while. I said that the moment I’ll refuse a client asking a wedding photoshoot, it’s a dealbreaker and we are going. That happened about two weeks later and so we looked at each other and said: “are we doing it?”

Yes, we are doing it. We are going to travel around South America for 10 months.

This was around summer 2014. We ended up planning, saving up as much money as we could and deciding how/when/what/where for more than a year. In October 2015, we finally began our journey around South America.

A lot has happened since than.

For starters, we decided to travel in a car during our preparation phase, fully adopting and falling in love with the Overlanding means of travel and lifestyle…

…and ended up driving more than 58 000 km (that’s roughly 1.5x the circumference of earth), from the southernmost city in the world, Ushuaia, to the northernmost tip of South America in the Colombian deserts of La Guajira.

Furthermore, the 10 months planned turned into one year, because it just sounds cooler. But then even that turned to 18 months of seemingly endless journey across this wonderful continent. Apart from the beautiful weddings we’ve documented, we visited some incredible places – from the largest salt plains in the world in Bolivia, Patagonian mountains, famous carneval in Rio de Janeiro to remote Colombian deserts only populated by indigenous Wayuu people, the non-touristy inland of Paraguay and buzzing metropolis of Buenos Aires.

We’ve learnt how to fish Piranhas (well, I didn’t), built an inner earthquake-strentgh measuring skill (more than 5 earthquakes from 3.0 to 6.9) and perfected our 4×4 off road driving skills.

If that wasn’t enough, I convinced Janka to do this all over again – and after a short money saving break at home, we headed back to the US, bought and outfitted another car and spent several months on another expedition – driving more than 27000 km from USA to Panama, until  the famous PanAmerican highway ran out in the jungles of Darién gap between the North and South America.

But most importantly, thanks to learning Spanish before the trip, we have made endless friendships with many people across this wonderful continent. Locals or travellers, we spent hours and hours talking and getting to know different cultures, talking about the history or just grabbing a few beers and hanging out. These interactions with the people on the road made the trip unforgettable in the most profound way.
I guess in the end, it’s like it always was – things or places are not that important. The people are what matter most.

We are Autoturisti (car tourists) – Ivan Buštor and Jana Prechtlová. Why Autoturisti? Because we fell in love with the independent, “go whenever & wherever you want” type of travel and like to explore remote destinations this way. That doesn’t mean that we don’t enjoy hiking, but we often joked that we are “autoturisti” because we drove some parts where other people were hiking – usually uphill – mostly when there was no public transport available.

If there’s a road, or something remotely resembling one, we will drive it. 🙂 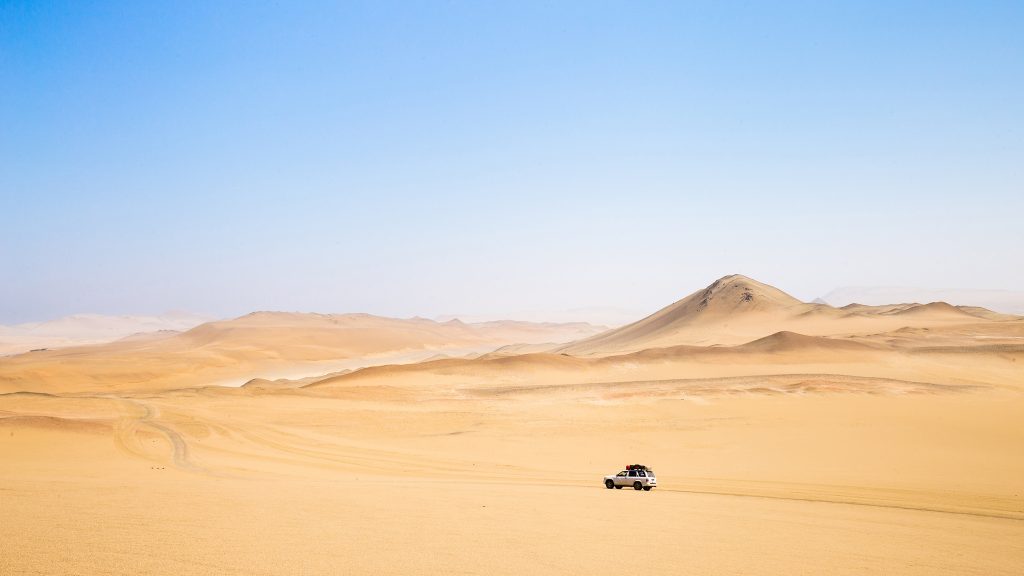