Well, that was the original plan. I work full time as a wedding photographer in Bratislava, Slovakia – so I thought of the idea that we would document 20 different weddings over the course of 10 months in South America, driving about 20-30 000 km. This wasn’t the only reason though – I wanted to discover the hidden corners and beautiful places of this continent for some time – so why not combine the work I love with the passion for travel and do a once in a lifetime trip while we can?

As you might have read in the article about our story,in reality it took us 18 months, and we’ve covered around 58 000 km – that’s roughly 1.5x circumference of the earth…. One could say I underestimated it a bit. 🙂 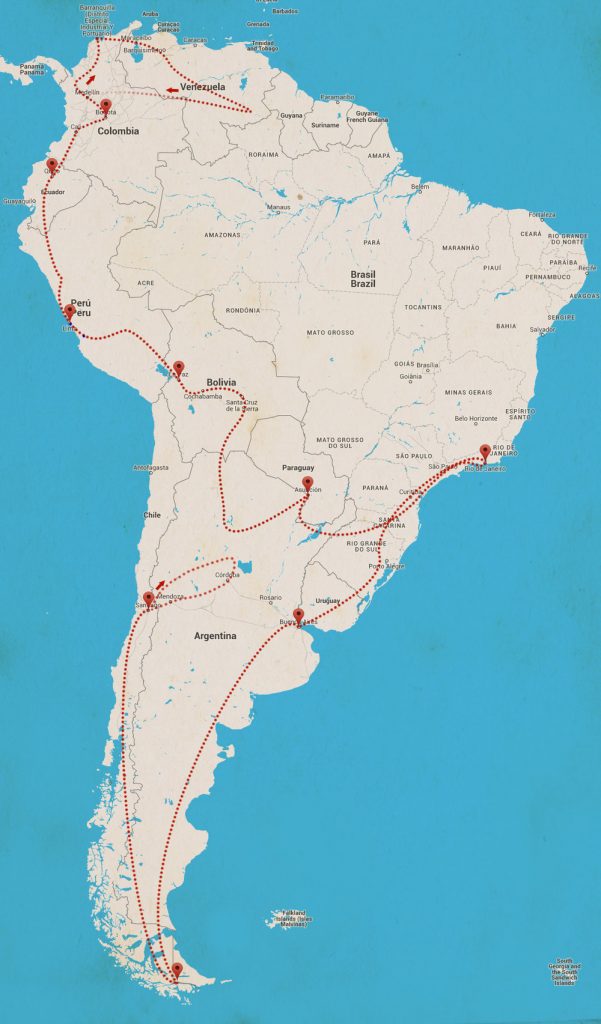 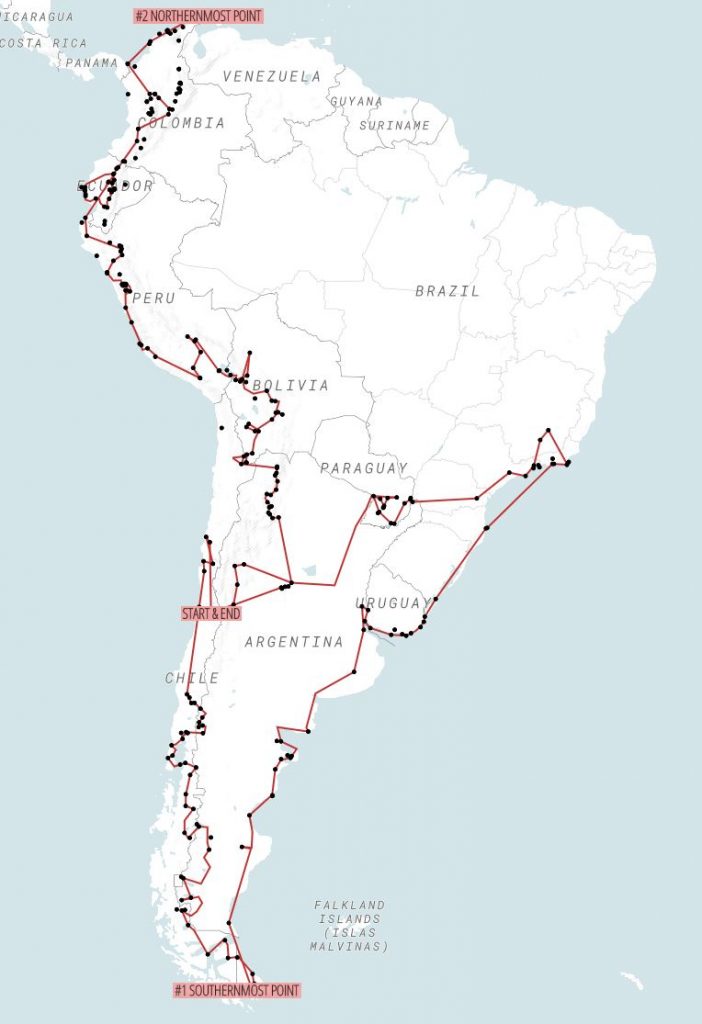 After weighing all the pros and cons, we decided to buy a car in South America instead of buying one at home and shipping it. I am not going into detail of the thinking behind it, you can read that in the article about vehicles. 🙂

We flew into Santiago, Chile – and exactly week later, we were owners of a 2001 3.3l V6 Nissan Pathfinder 3.3l V6. We looked at at least 10 different cars before we found the one, practicing our spanish for the first time in real life. The paperwork was fully completed 2 months later though, due to 39 day long strike at the local civil registry, incapable notary office and some human error. 🙂 If you’re interested in the whole story, you can read more on our blog here and here.

After the means of travel and basic car setup (rooftop tent, camping equipment & bed constructed inside of the car) were done, we were finally “free”.  We planned the journey only by putting interesting places on a map and drew a rough route – the rest was to be figured on the way. We only had few fixed things in our calendar – two weddings (Chile and Uruguay), carnival in Rio de Janeiro and our friends coming to join us in Patagonia in a month.

So the route was clear – go south as far as we can (Ushuaia), turn around and go to Rio de Janeiro, and then somehow go as north as we can go – which ended up being La Guajira in Colombia. 🙂

In the end, it took us a long, long time – as you can imagine, it would be impossible to sum up 18 months of travel in a short article. I am more than happy to tell you more about the expedition, weddings or different stories in person, or you can read them in blog articles below. As I am working now, those blog articles are slowly rolling out even now 🙂

PS: Even though I said this was a once-in-a-lifetime trip, we actually split it to two and did it all over again in North America 🙂