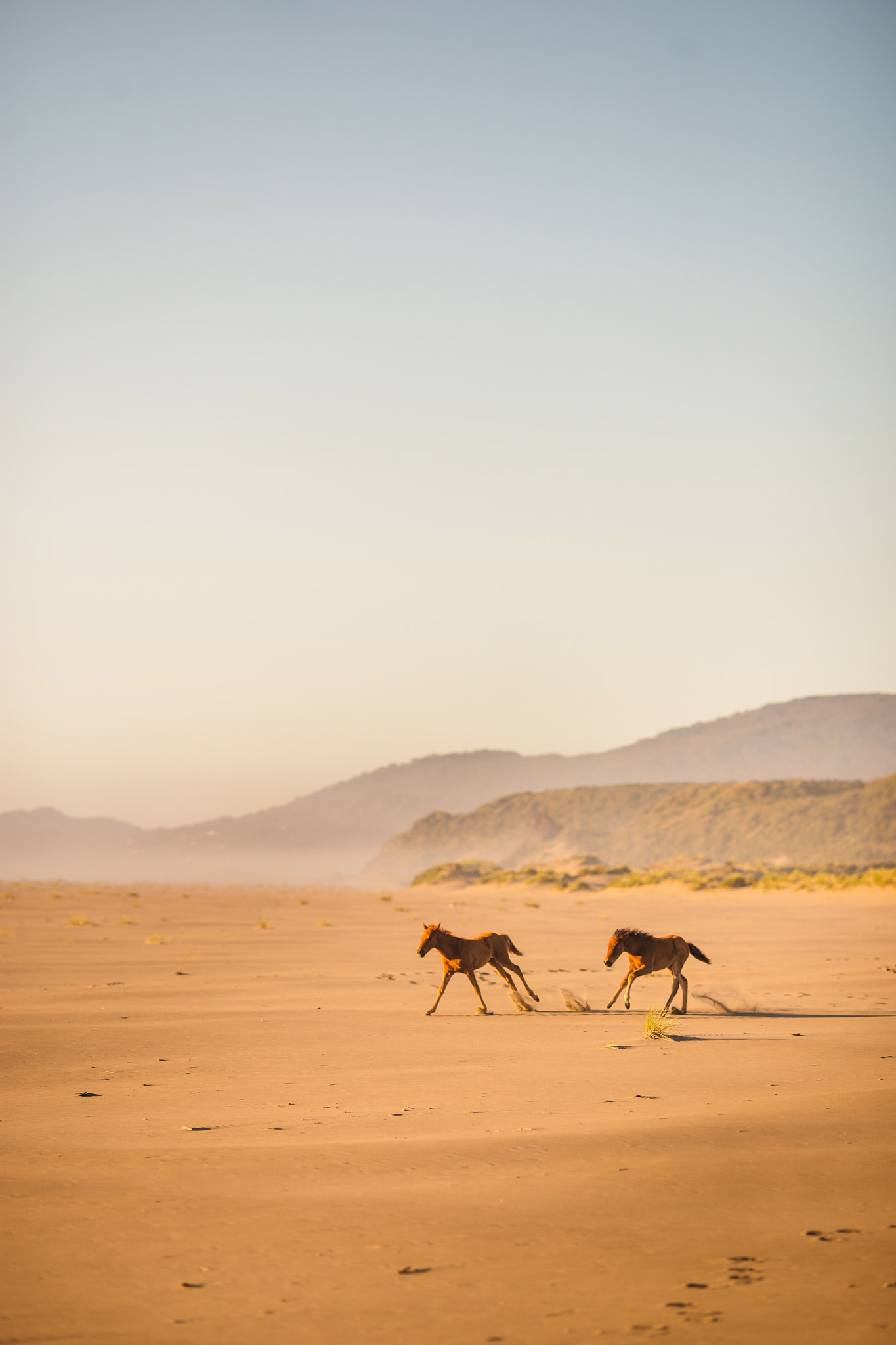 Posted at 18:04h in chile, Travel by ivanbustor 0 Comments
0 Likes

Chiloé, namely it’s biggest island “Isla Grande de Chiloé” – is the second largest island on the South American continent. As you will see, it’s a quite different from the rest of Chile and our last stop in the lake district. 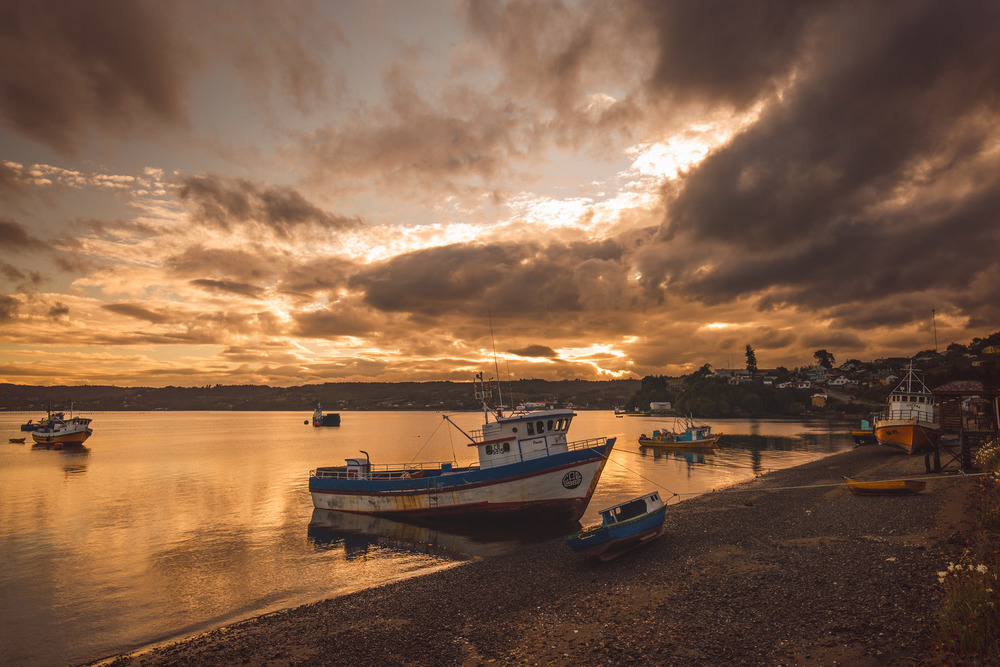 The only way to get there from mainland Chile is to take a ferry – the easiest is to go from Pargua – it’s quick and reasonably cheap (more info for travellers at the end of the article). Once you’re there, you can explore the huge island, as there’s much to see – It is known for its distinct architecture using wooden shingles for roofs (tejuelas), houses on stilts along the water edge (palafitos), dating back to the 16th century, and more than 100 wooden churches, which 16 of them are Unesco World Heritage Sites. Not mentioning the beautiful coastline. The wooden churches of Chiloe. 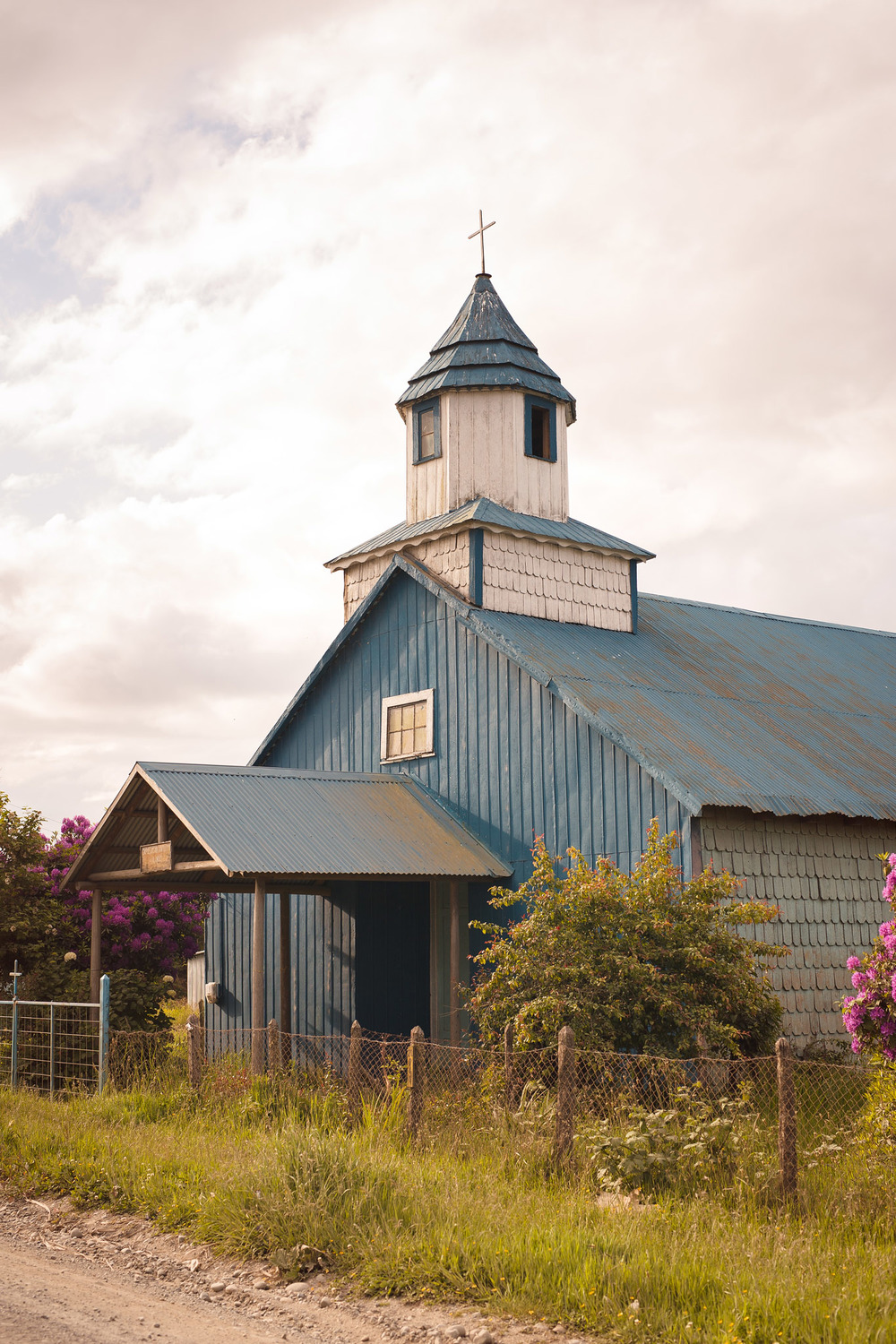 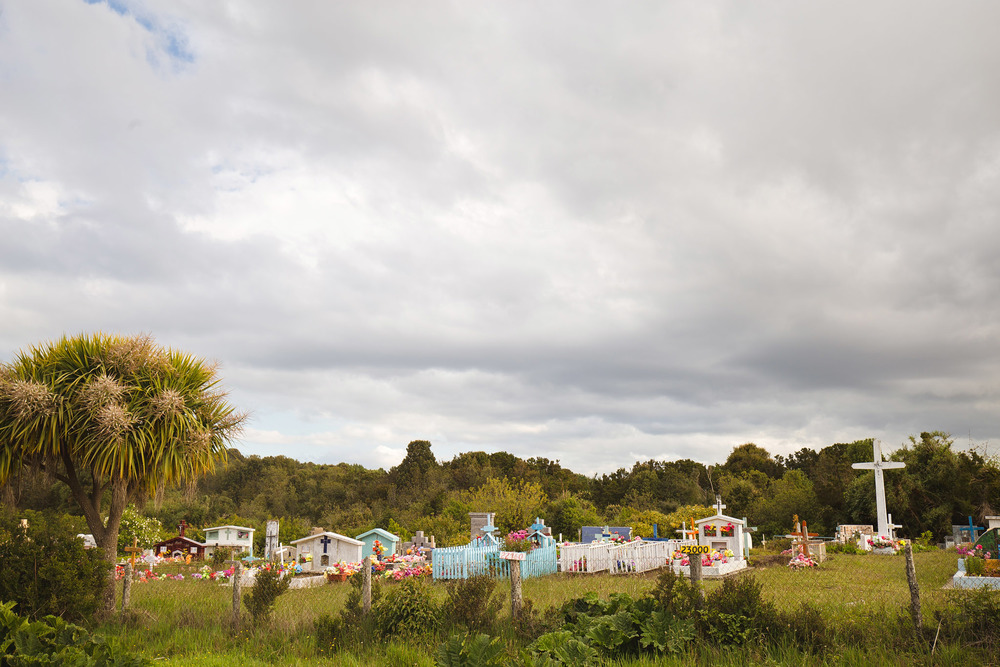 The wooden “tejuelas” are everywhere, even on the houses. Very weird mixture of seafood, meat,potato and chorizo. Not bad, though. Chiloé is also famous for it’s products from wool. 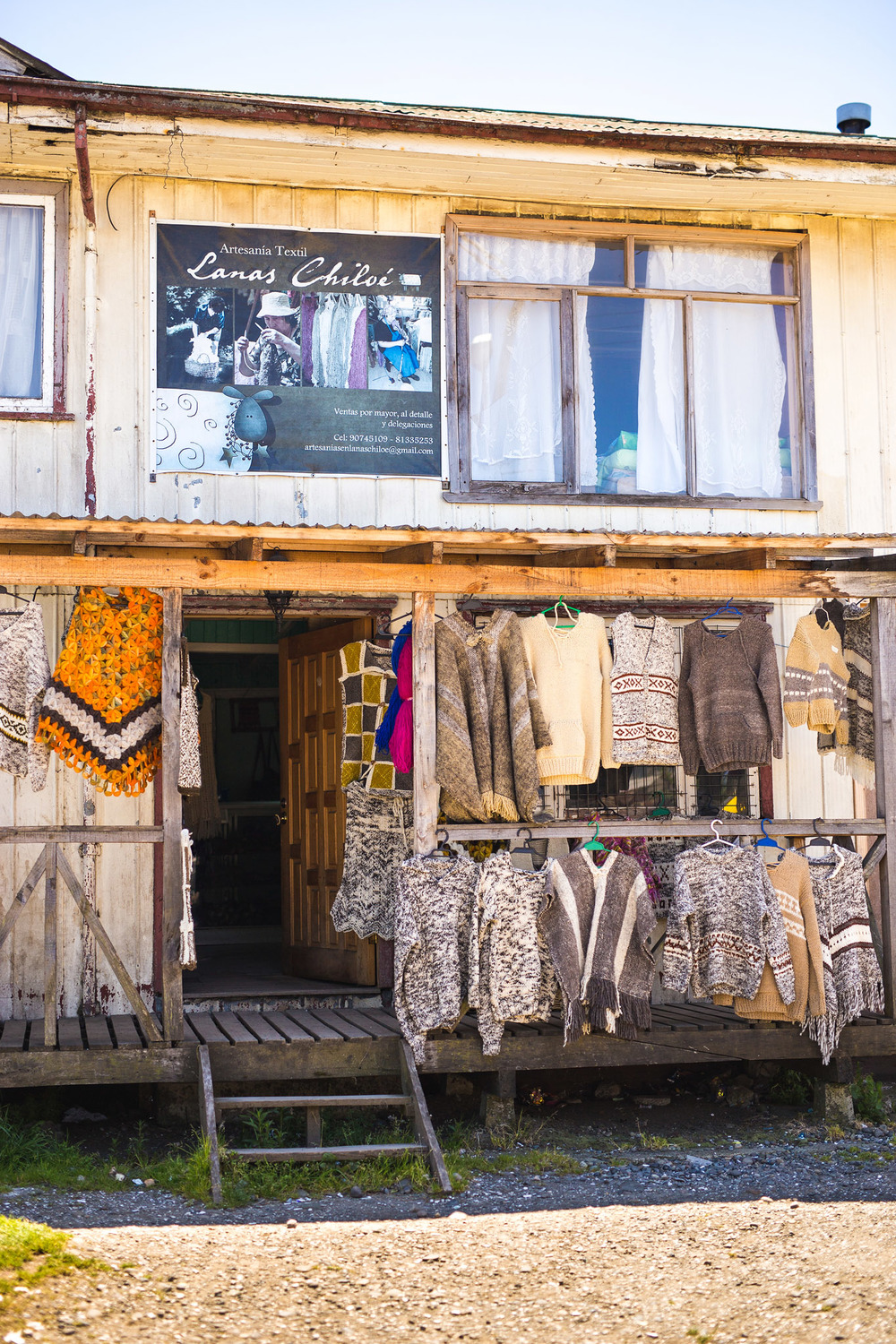 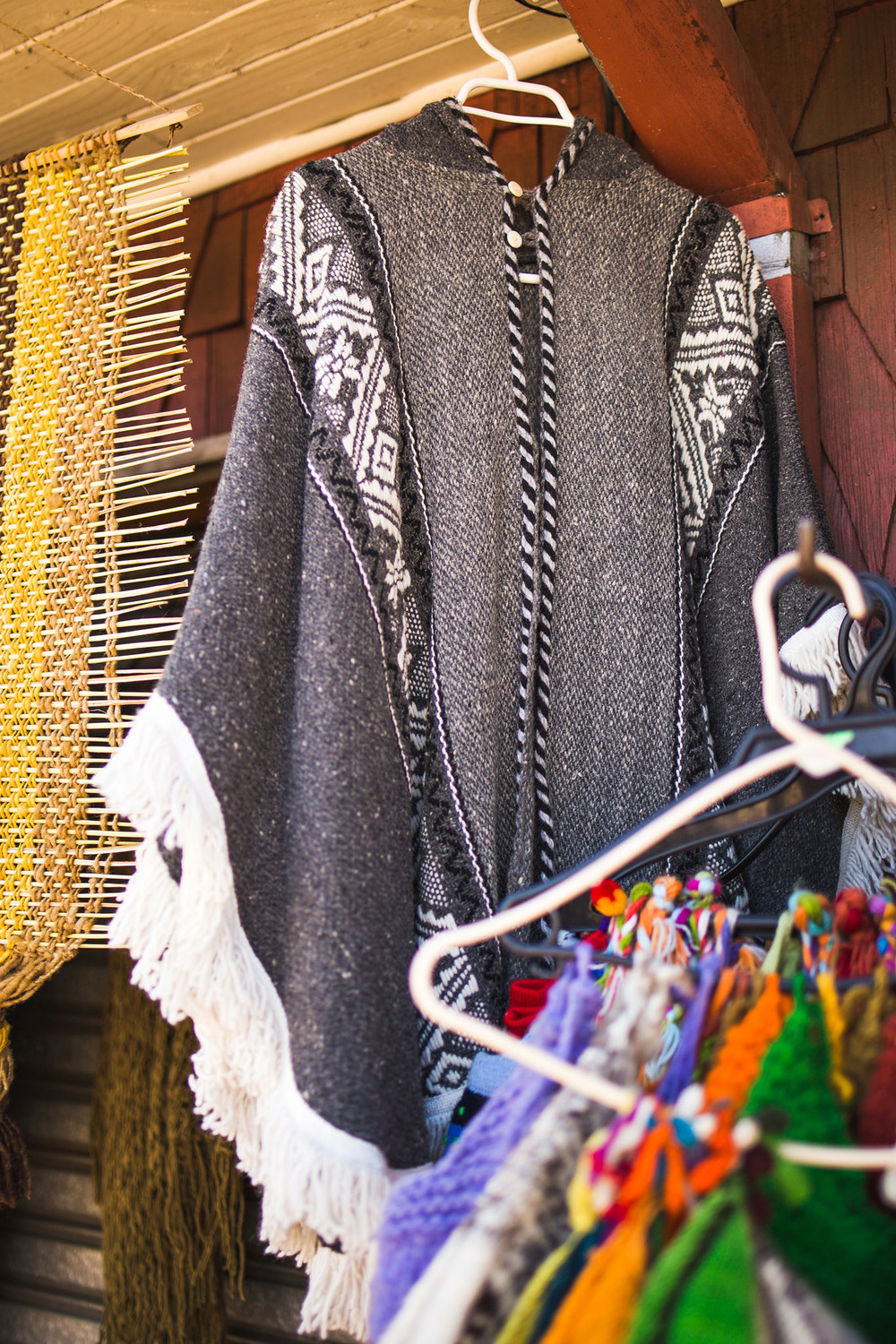 After visiting a few places and some seriously bad roads (we made a small detour) – we’ve arrived to Castro – the island’s capital and the 3rd oldest city of Chile, established in 1567. Later it was the center of Jesuits, who brought education and business to the area.

Iglesia San Francisco de Castro resisted to the last disaster and it was painted in 1987 in the occasion of visit of Jan Pavol II. Do not get confused though – shingles are not from wood but from tin (cin), imitating local architecture.

I have to say – it’s one of the craziest churches. Yellow, violet, white, red. And it’s actually not entirely straight, I believe. (contender for the “Leaning church of Chiloé”?)

Castro’s perhaps most famous feature is something else than the church though – its traditional houses built on poles around the shoreline called Palafitos. Some people might view them as a bit favela-like, but for many it’s a part of their cultural heritage and grew very fashionable in the past few years.

We found a small space between two of the houses and managed to get to the shore. Wasn’t easy though, check the pics 🙂 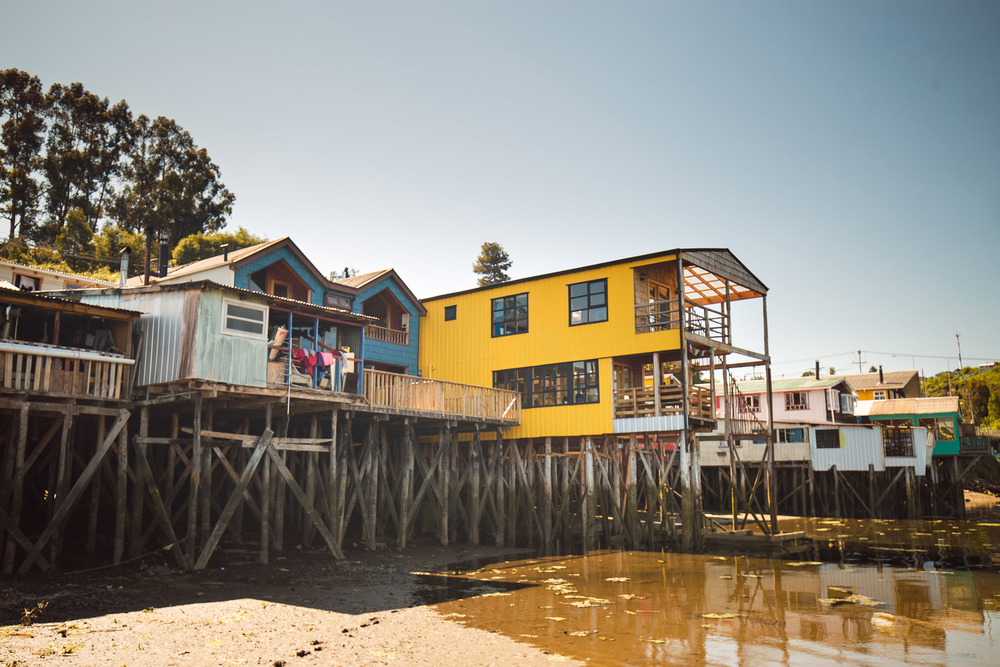 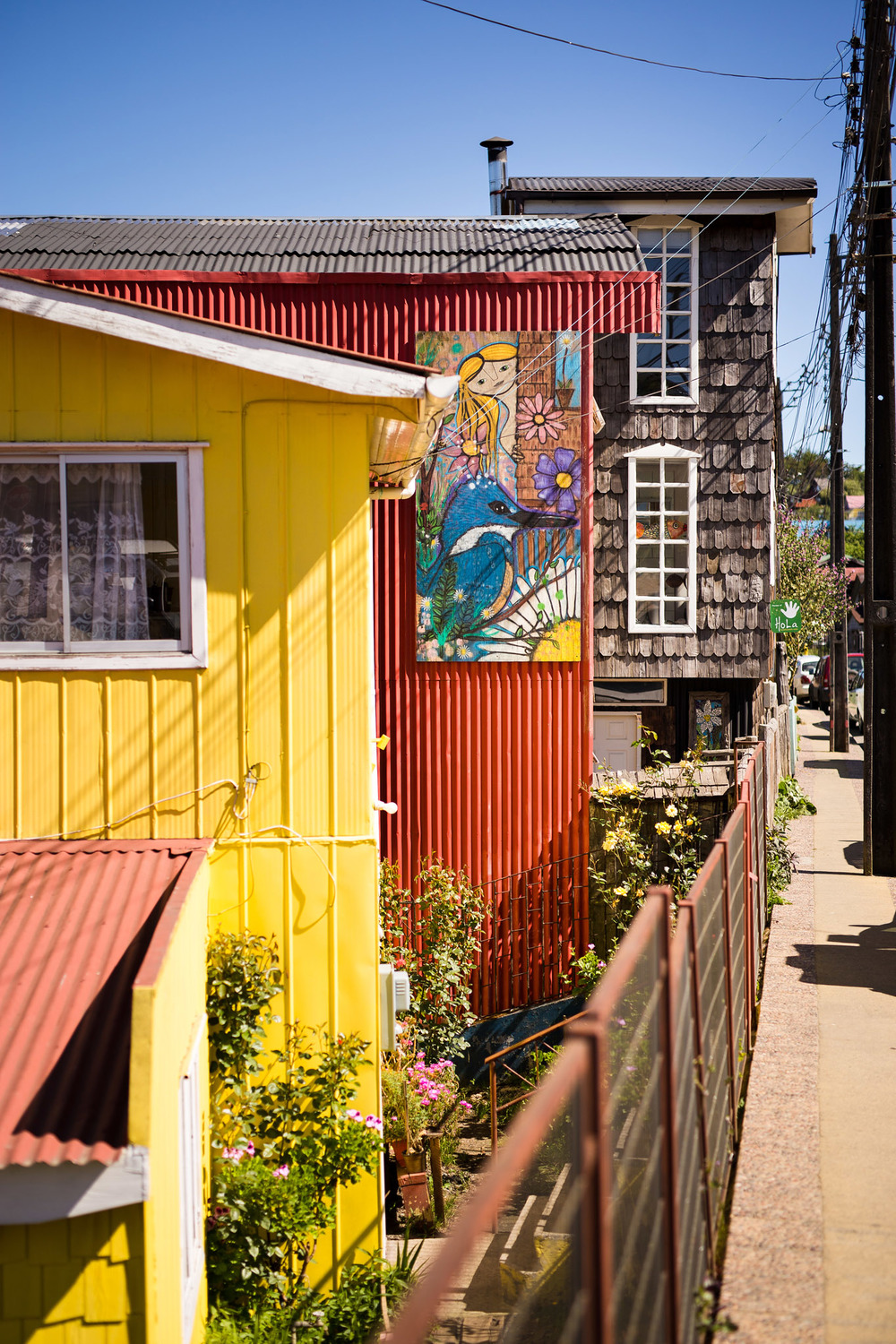 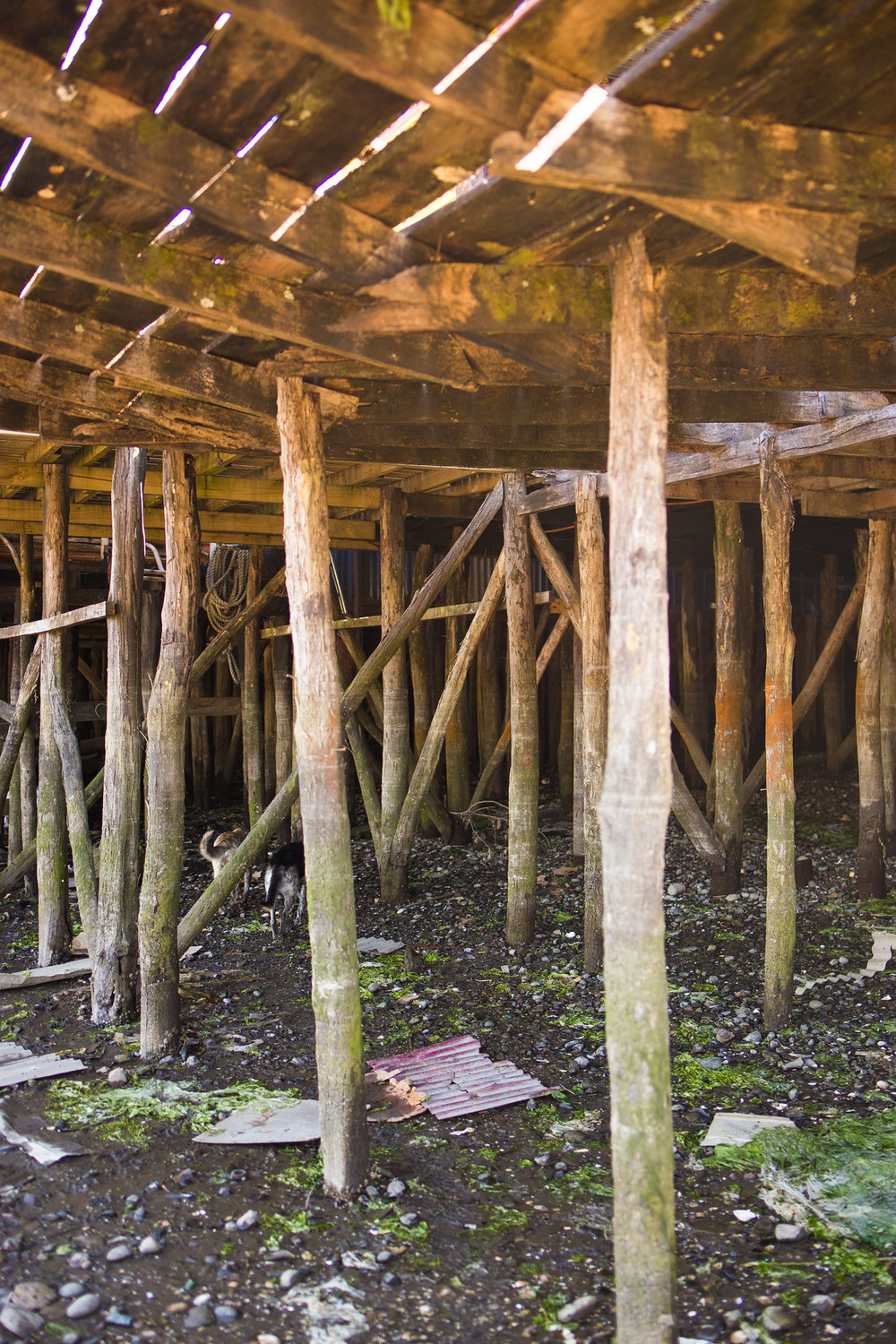 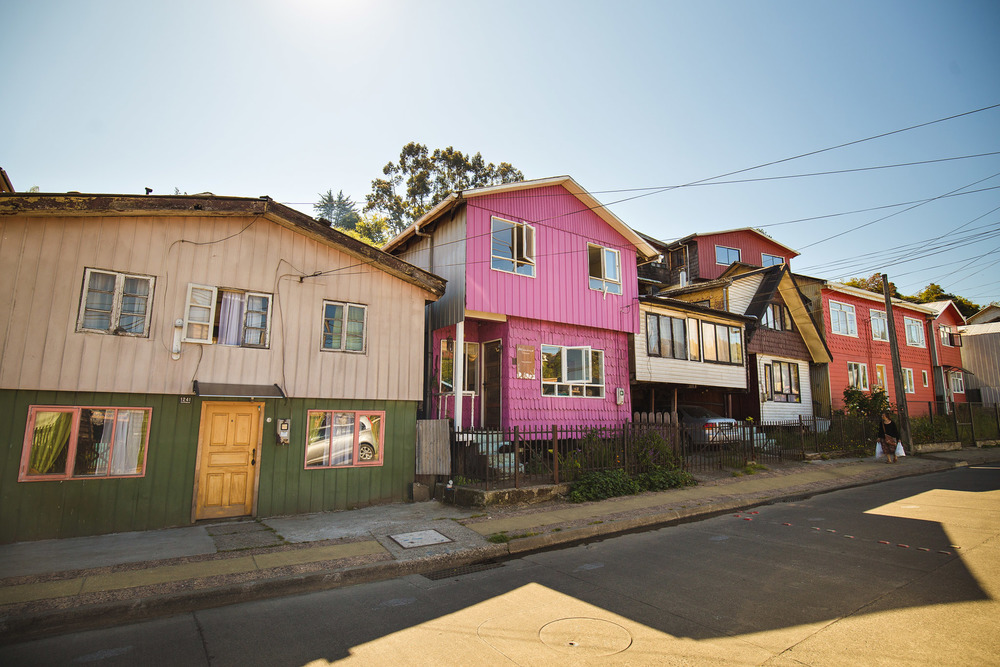 Have you ever seen a church with boats hanging from the top? 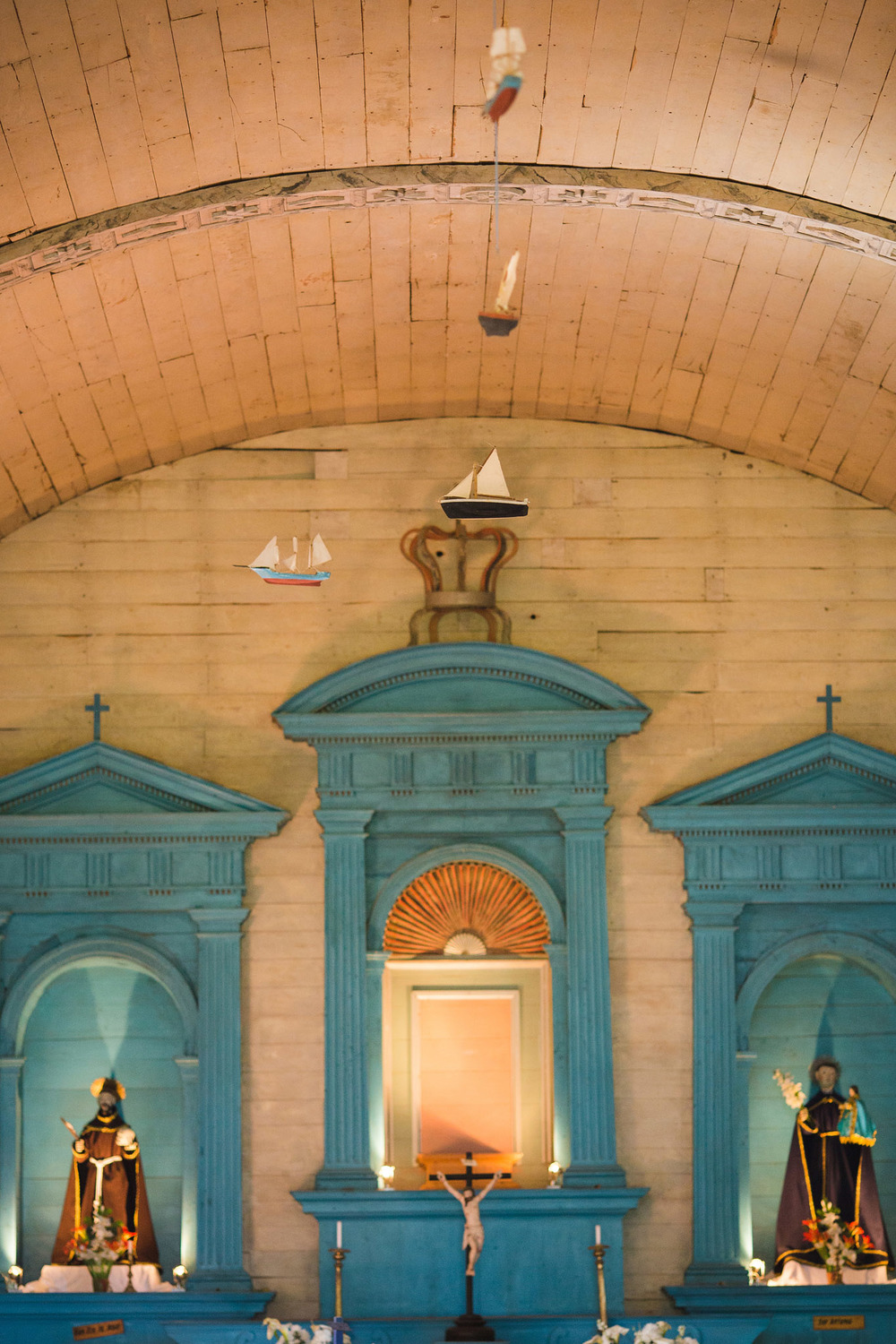 Bonus: Unless you’ve been to Chile, it’s hard to imagine the joy you’d feel as a coffee-holic, when you find an actual good coffee place (they mostly drink Nescafé and that’s what you find in the shop, in the section “traditional”).

We did – and oh, was it nice. First good coffee in a long time – if you happen to be there, check La Cafeta in the center of Castro. 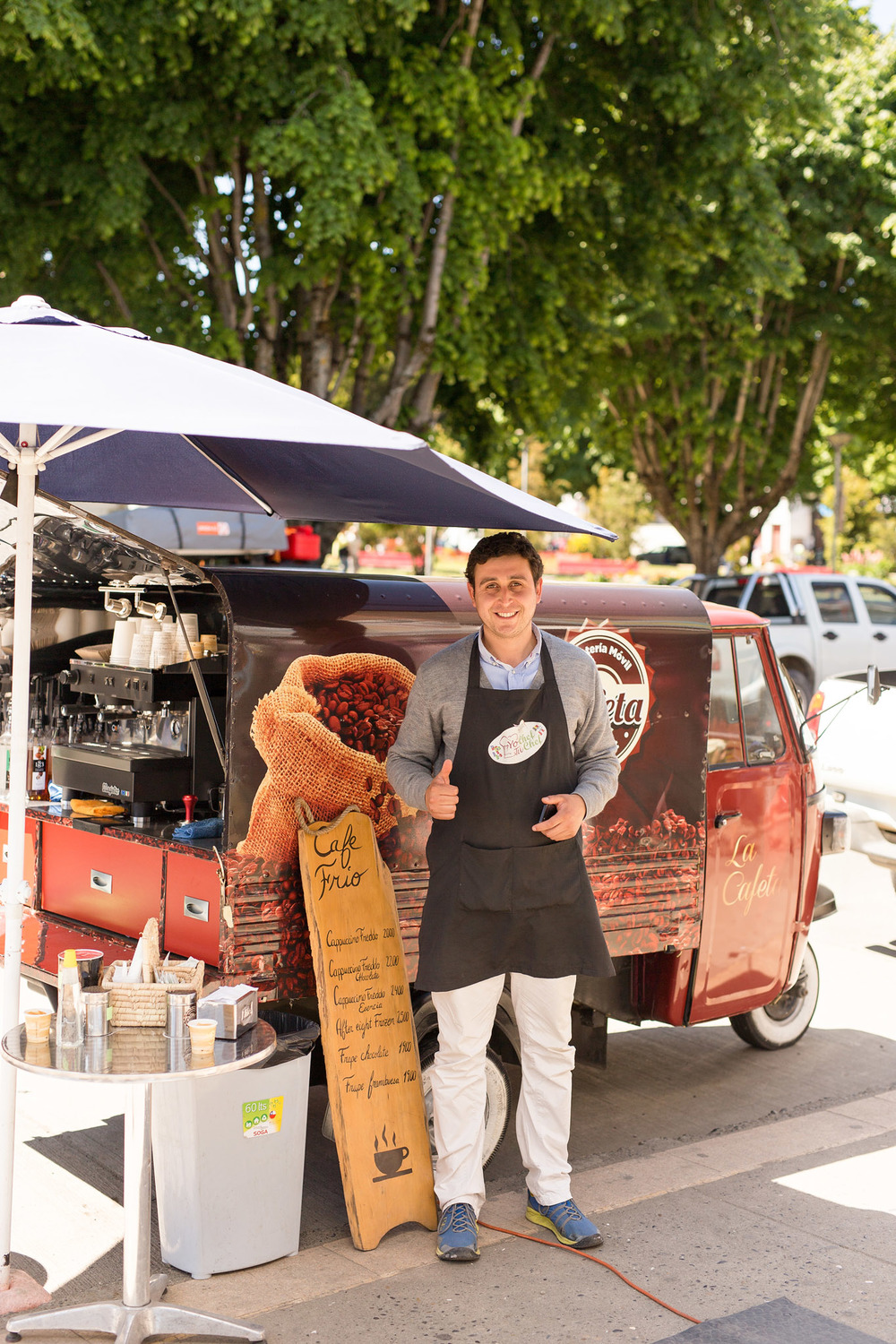 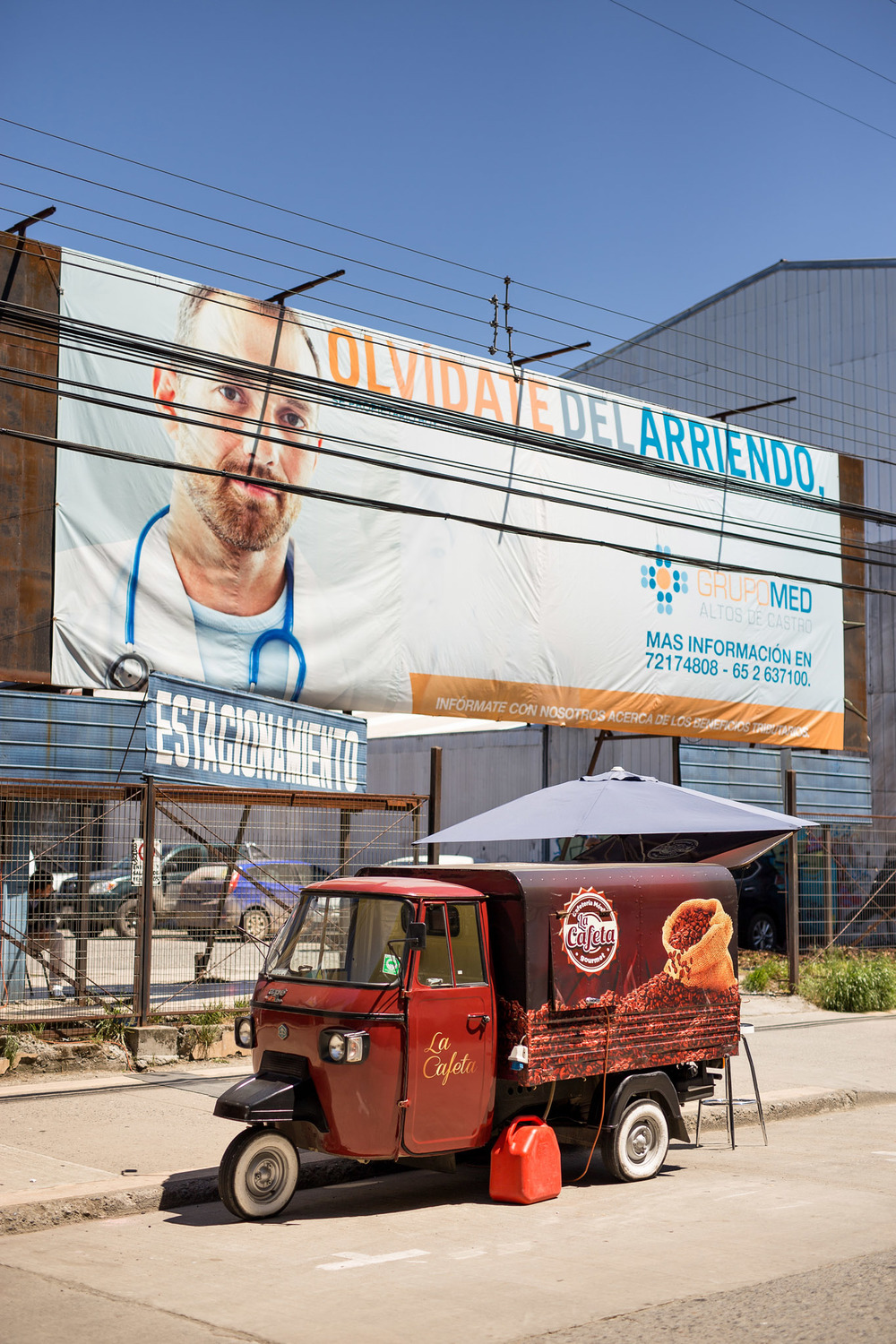 That will be the end. Next time – the beautiful nature of Chiloé, beaches, dunes, horses, fishermen… If you don’t want to miss it, consider subscribing to our newsletter. Don’t worry, we won’t bother you 🙂

One thing about Chiloé – it is very easy to get on it, but if you want to continue down to the beautiful carretera austral, you have to take a ferry. It’s best to plan a bit ahead, because the ferry runs only once a week – the best is to book them in person in the office in Castro (Latorre 238). Here’s some info on the ferries: