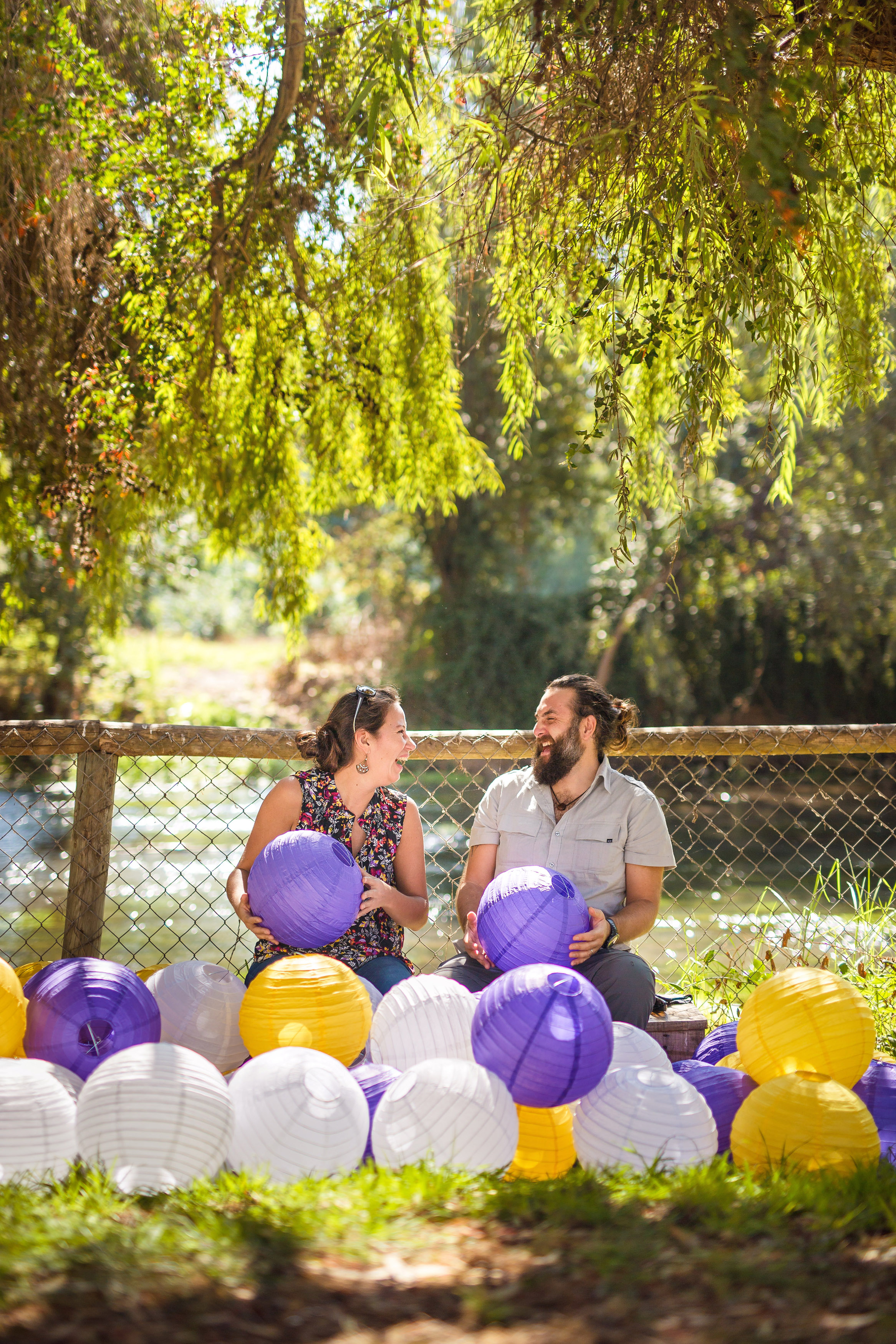 Mendoza, Argentina. We are in a hostel, visiting the wineries and thinking of going to northern Argentina, blasting emails to all directions, trying to find a wedding there. Meanwhile, Ivan is tagged in a local facebook group for Panamerican travellers and he tries to help some other traveller. Then he notices this other traveller from Chile, Victor, who also offers to help, but says he’ll only have time the next week, because he’s getting married… Well, we wrote them and so the story of this incredible wedding began. 🙂

First, let me introduce the newlyweds – Carola and Victor. They are two travellers, digital nomads, and they travel in their camper-truck nicknamed Piscola all the way from Alaska to Patagonia. But make no mistake – this is no ordinary car – instead of diesel, it runs on used vegetable oil, making it more ecological and of course, cheaper too. They have already travelled more than 50 000 km and are still going south. You can follow their story on the page Upa Chalupa.

So let me tell you their love story. This is going to be a bit longer, because they are so awesome and they deserve it – so I’m going to disguise all the text between the pictures, so you’ll read it all. 😉

In Chile, the only way to get officially married is to go to Registro Civil first.

After civil ceremony, you set a date and of your civil/religious wedding within 90 days

At first, everybody thought it’s going to be just boring signing a paper. But it turned out to be beautiful and emotional moment.

Caro and Victor met each other almost 6 years ago, in San Pedro de Atacama where they decided to celebrate the New Year of 2010. They met at 5:30 in the morning and they instantly realized they have so much in common. It was like finding your missing half.

They are both graphic designers, middle children, parents and have siblings called Carlos and have the same passion for traveling and discovering. But above all, they share a huge desire to generate a significant change in their lives. Caro and Vic wanted and needed change and inadvertently that night, they realized that this change, they were going to do it together.

The day before. We joined Caro and Victor to help them with the preparation.

A bit of love after all the hard work 🙂

On the fifth day after they first met, Caro took over and without warning, she fired a proposal that would change the course of their lives forever: Why not miss the flight back home and to live here in the desert? Any other man would have probably refused, but for Victor this was a sign of strong, independent woman and it did not scare him away. Their life in San Pedro was the beginning of their great adventure together.

The “D” day is finally here!

After two years, they have decided to change a location and moved to beautiful Chiloé island, where they broadened their relationship. But true test was only ahead of them.

In March 2012, Victor got fired without any notice and the future looked uncertain. But that same day Caro again turned the course of the relationship and proposed to Victor: “Lets go to Canada and use the work visa and it would allow us to work and travel around the country”.  Poor Victor had no other choice but to accept, “this woman doesn’t stop,” he thought, but this time he made another proposal himself; one, that would seal the fate of this couple: “Ok, we’ll go, but lets drive back from Alaska to Chile”.

So that’s what they did. They took the risk together – there are not many people that share that huge passion for travelling. And after 55 thousand kilometers and having run from the Arctic Circle to Chile, living together 7 days a week, 365 days a year for two and a half years, all that in a 8 square meter space where’s no place for quarrels or grudges – they realized they don’t need much to live.

The jin and jang became the Upa and the Chalupa, motto of their journey, which reminds us that we must never lose the spontaneity and some madness in life. It is also the same concept that has propelled this adventure and brought them countless stories after 6 years.

So for a long time, Victor and Caro did not think about getting married – they already lived together 24/7, they did not need any paper confirmation – they knew they are meant to be together forever. But after some years, they realized they are missing something. Some sort of tradition in their life. And so Victor surprisingly proposed Caro and here we are, at their wedding. 🙂

Victor and Carola wrote their vows and it was hard not to get emotional. They expressed their love and happiness, it was a beautiful moment.

By the way – not sure if you’ve noticed, but they hug a lot in Chile 🙂

They were so happy at the wedding. Hard to believe these two distinguished gentleman lived in their camper for more than two years 🙂

Throwing a bouquet or garter? Way too old school, and there weren’t many single ladies, so they have decided for a newer tradition, they were tossing surprises for their guests. 🙂

Thank you, Caro and Victor, for being part of your special day. We wish you all the best in your travels and life, you are a great inspiration for everybody. I believe we’ll meet once more. 🙂